Has the Old Testament been thrown away?

by BeitYeshuaJul 20, 2015Debate and Discuss

Ask the Rabbi: Has the Old Testament been thrown away?

Would you share your teaching notes on Colossians 2 and especially verses 13-15.  Went to Texas last weekend and connected with an Air Force buddy that claims that this is proof that we can throw away the old testament.  What say you?

LOL!!  It is, is it?  Well sure.  But you have to go BEYOND just that little passage in order to get the message.  Plus Colossians has some translation issues:
(Col 2:13 NASB) And when you were dead in your transgressions and the uncircumcision of your flesh, He made you alive together with Him, having forgiven us all our transgressions,

(Col 2:14 NASB) having canceled out the certificate of debt consisting of decrees against us and which was hostile to us; and He has taken it out of the way, having nailed it to the cross.

Col 2:14: This passage is often used by Bible teachers to claim that Torah was nailed to the cross and now we should not follow it. That is an impossible interpretation of this passage for several reasons. The Greek word for “decrees” is dogma. Paul would not refer to Elohim’s Word as “dogma.” Paul is also saying that this dogma against us is “hostile to us.” Torah is not hostile at all.

We can plainly see that Paul is NOT saying that the pure, perfect, holy, good, and righteous Torah of Elohim is “dogma” that is “against us” and is “hostile toward us.” Paul is speaking of something else.

Paul is speaking of the traditions of Judaism that claimed the Gentiles were unclean and should not be associated with Elohim’s people, the Jews. That dogma and man’s tradition was nailed to the cross and taken out of the way.. And the love of Elohim and His Torah, through the blood of Yeshua, goes out to the world to the Gentiles also.

Looking at this passage in conjunction with Paul’s earlier warning against being deceived through the traditions of men make this very clear (Col. 2:8, 13-14).

(Col 2:15 NASB) When He had disarmed the rulers and authorities, He made a public display of them, having triumphed over them through Him.

(Col 2:16 NASB) Therefore let no one act as your judge in regard to food or drink or in respect to a festival or a new moon or a Sabbath day–

(Col 2:17 NASB) things which are a mere shadow of what is to come; but the substance belongs to Christ.

Col 2:17: The Colossians were a Gentile group new to Torah and trying to live according to the Word of Elohim. Apparently the Jewish leaders were telling them that they did not know how to keep Torah or the Feast days and were not capable. Paul tells them not to worry and not to let the Jewish leaders be their judge.

(Col 2:18 NASB) Let no one keep defrauding you of your prize by delighting in self-abasement and the worship of the angels, taking his stand on visions he has seen, inflated without cause by his fleshly mind,

Col 2:18: Paul is warning the Colossians not to be defrauded by those who delight in self-abasement or false humility. Once again, he is referring to the Pharisees and religious leaders of that day (Matt. 23:3-5).

When Paul warns of worshiping “angels,” he is likely warning them of worshiping the Pharisees and Sadducees who are those who claimed to be Elohim’s “messengers.”

The NKJV tells us that the last part of that verse states, “intruding into those things which he has not seen, vainly puffed up by his fleshly mind…” This is almost certainly referring to the false accusations the Jewish leaders made against Paul (Acts 24:5-9).

(Col 2:19 NASB) and not holding fast to the head, from whom the entire body, being supplied and held together by the joints and ligaments, grows with a growth which is from God.

Col 2:19: The Head that the assembly is to hold fast to is Messiah (Col. 1:18). They are not to hold to the false teachings of the Jewish leaders, but to the solid teaching of Torah and salvation through the New Covenant taught by Messiah.

(Col 2:20 NASB) If you have died with Christ to the elementary principles of the world, why, as if you were living in the world, do you submit yourself to decrees, such as,

(Col 2:22 NASB) (which all refer to things destined to perish with the using)– in accordance with the commandments and teachings of men?

(Col 2:23 NASB) These are matters which have, to be sure, the appearance of wisdom in self-made religion and self-abasement and severe treatment of the body, but are of no value against fleshly indulgence.

Col 2:23: This is continuing the warning against the Pharisees who took their traditions of men and magnified them to the level of the Torah (Instructions) of Elohim. The Greek word for “decrees” in verse 20 is the Greek word “dogma.” Their teachings of ritualistic washings before they touch food and taste it (and other worthless traditions) are of no value against sin and against fleshly indulgence (Mark 7:1-13).

Keep in mind how Paul told the Colossians how Yeshua publicly humiliated the rulers and authorities when they tried to push these worthless traditions on the people (Col. 2:15, Matt. 15:1-15). 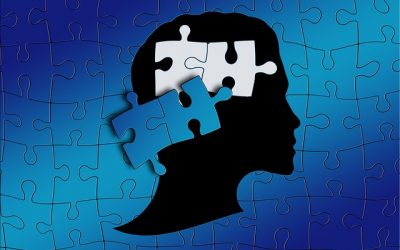 Rebuttal to “Dangers of the Hebrew Roots Movement written by Tim Chaffey on March 17, 2018”

The following is a rebuttal to an article titled "Dangers of the Hebrew Roots Movement" written by Tim Chaffey on March 17,  2018. ◊ To download a complete copy of this rebuttal, click here. > Written by Patrick McGuire of Beit Yeshua Torah Assembly on March 26,...

Which of the ‘613’ Commandments should we observe?

Ask the Rabbi: I enjoyed reading some of your teachings for the first time tonight (3/8/14). There is a lot of “meat” in these teachings to chew on. I was wondering, though, if you have a list of Yahweh’s commandments that a believer should... 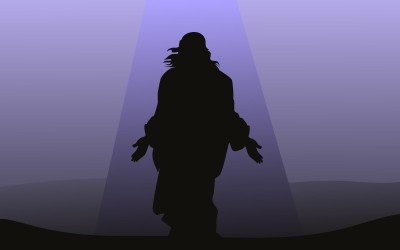 What do you believe about the deity of Yeshua?

Ask the Rabbi: Shalom, I can totally agree with your belief statement, but it is not clear for me – what do you believe about Yeshua’s deity… In my messianic congregation – I recently found out – it’s a must, otherwise I’m out with a heresy sticker. I’m asking...

Do you have a question about scripture? Have an issue that requires some guidance?

Send us a message, and let our Rabbi help.

Join us for our Sabbath assembly each Friday night at 7pm, and our mid-week lesson each Wednesday evening at 6:15pm.

Miss a meeting? No problem! You can view videos of our previous lessons as well.

What we believe, laid out in a short, sweet, and to-the-point way.

Since we have no paid staff, 100% of all donations received go to 3 causes.