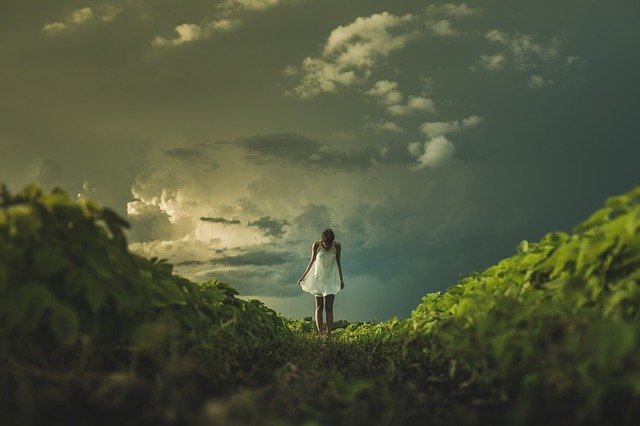 Christianity places most of their focus on the “New Testament” for teaching and proving that they belong to that part of the chosen few. “Faith” is an idea or concept sometimes used by Christianity for explaining questions that they do not readily have an answer.

Nicole,
The term “faith” is a rather ambiguous term. We can look it up in the dictionary and it has a definition as follows:

Faith
noun
1. confidence or trust in a person or thing: faith in another’s ability.
2. belief that is not based on proof: He had faith that the hypothesis would be substantiated by fact.
3. belief in God or in the doctrines or teachings of religion: the firm faith of the Pilgrims.
4. belief in anything, as a code of ethics, standards of merit, etc.: to be of the same faith with someone concerning honesty.
5. a system of religious belief: the Christian faith; the Jewish faith.

“Faith” essentially means “to have confidence in” or “to believe in” something. What does THAT mean?

Believe
verb (used without object), be•lieved, be•liev•ing.
1. to have confidence in the truth, the existence, or the reliability of something, although without absolute proof that one is right in doing so: Only if one believes in something can one act purposefully.
verb (used with object), be•lieved, be•liev•ing.
2. to have confidence or faith in the truth of (a positive assertion, story, etc.); give credence to.
3. to have confidence in the assertions of (a person).
4. to have a conviction that (a person or thing) is, has been, or will be engaged in a given action or involved in a given situation: The fugitive is believed to be headed for the Mexican border.
5. to suppose or assume; understand (usually followed by a noun clause): I believe that he has left town.

To “believe” is “to have confidence in” or “to have faith in” something.

What it boils down to is that the words “faith” and “believe” are passive emotional words in our language. I suggest to those trying to define the words that they mean a “strong emotional pull toward Jesus” or something along those lines. Everyone to whom I have suggested that definition has agreed that their Christian upbringing essentially brings that definition to mind. Faith is “a strong emotional pull.” It is something less than “love,” but a strong emotion nonetheless.

So is THAT what saves us? Our “strong emotional pull?” Really?? Or is it possible that the word “faith” is not exactly what is intended?

Notice that it is translated as “faith” only one time. Why is that? Let’s look at the passage where this occurs:

(Hab 2:4 NASB) “Behold, as for the proud one, His soul is not right within him; But the righteous will live by his faith (Heb. – emunah).

The reason emunah is translated as “faith” this one time is because this passage is quoted in the Brit Hadashah (New Testament) three times!!

(Rom 1:17 NASB) For in it the righteousness of God is revealed from faith to faith; as it is written, “BUT THE RIGHTEOUS man SHALL LIVE BY FAITH.”

(Gal 3:11 NASB) Now that no one is justified by the Law before God is evident; for, “THE RIGHTEOUS MAN SHALL LIVE BY FAITH.”

(Heb 10:38 NASB) BUT MY RIGHTEOUS ONE SHALL LIVE BY FAITH; AND IF HE SHRINKS BACK, MY SOUL HAS NO PLEASURE IN HIM.

The NASB capitalizes phrases when it recognizes they are quotes directly from the Tanakh (Old Testament). Why is this the ONLY place that emunah is translated as “faith?” Because the translators want to separate what they call the Old and New Testaments. This may be somewhat intentional, or it may be an unconscious act, but it is definitely occurring! The Christian framework for the “Old” Testament is about laws (think blue lights in your rear view mirror), meaningless ritual, punishment, and condemnation Whereas the Christian framework for the Brit Hadashah (New Testament) is one of love, peace, grace, mercy, and salvation. Jewish (works of faithfulness required) = baaaaad. Christian (saved by good feeling faith alone) = goooood.

Let’s take a look at the usage of the Greek word pistis. Is there an instance where “faith” could not possibly be used and “faithfulness” is required? In Romans 3 there is one such example:

(Rom 3:1-4 NASB) Then what advantage has the Jew? Or what is the benefit of circumcision? Great in every respect. First of all, that they were entrusted with the oracles of God. What then? If some did not believe, their unbelief will not nullify the faithfulness (Gr. – pistis) of God, will it? May it never be! Rather, let God be found true, though every man be found a liar, as it is written, “THAT THOU MIGHTEST BE JUSTIFIED IN THY WORDS, AND MIGHTEST PREVAIL WHEN THOU ART JUDGED.”

It is ridiculous to say that Elohim has “faith” in us, isn’t it? However, He has “faithfulness” to keep His promises! “Faithfulness” works in that passage, but “faith” does not. Most preachers say that the definition of “faith” is found in Hebrews 11:1. Let’s see what is REALLY being defined in Hebrews 11:1. The NASB is the translation I normally use because I find it to be the most reliable. However, it tries to shoehorn the “feelings” of “faith” in this verse:

(Heb 11:1 NASB) Now faith is the assurance of things hoped for, the conviction of things not seen.

The words “assurance” and “conviction are better translated as “substance” and “evidence.” The KJV and NKJV translate this correctly:

If we insert “faithfulness” into this passage, it makes MUCH more sense:

The fact that we are “faithful” to the Father is the substance of our hope. It is not a good feeling or emotion. Our faithfulness to His Word is “substance.” It is practical concrete evidence of the unseen Spirit of the Father at work in our lives.

Am I saying that we are not “saved by our faith” as it says in Eph. 2:8-9 (they usually leave off verse 10, but I won’t.)? That is EXACTLY what I am saying. The problem is, we are not saved by our faithfulness either. We do not save ourselves. Elohim chooses whom He will choose. Let’s take a look at the entire passage in Ephesians:

(Eph 2:8-10 NASB) For by grace you have been saved through faith(fulness); and that not of yourselves, it is the gift of God; not as a result of works, that no one should boast. For we are His workmanship, created in Christ Jesus for good works, which God prepared beforehand, that we should walk in them.

We are not saved through OUR faithfulness. We are saved through the faithfulness of the Father to keep His promise to Abraham, Isaac, and Jacob. It is through HIS faithfulness that we are saved (and that not of ourselves). We are saved by His graciousness in choosing us. We did not earn His grace. We only receive it if He chooses to bestow it. It is purely a gift. With that being the case, we must keep in mind that we are His workmanship, created in Messiah for good works. which He prepared beforehand (His Torah), that we should walk in them.