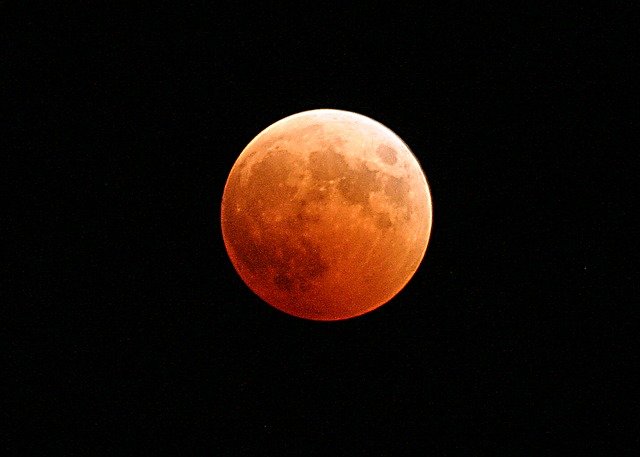 Do the Four Blood Moons Signify that The End is Near???

How can we be so sure? First of all, the charlatan John Hagee “borrowed” the information on the moon tetrads from some poor schmuck and is now making big money off it:

That’s a sure sign that this is much ado about nothing. If it has Hagee’s fingerprints on it, it’s as unclean as a feral hog carcass. This is no exception.

Let’s look at the evidences being presented. The four consecutive “blood moons” that start April 15 of this year are being publicized as Scriptural prophecy fulfilled because of passages such as these:

(Isa 13:10 NASB) For the stars of heaven and their constellations Will not flash forth their light; The sun will be dark when it rises, And the moon will not shed its light.

(Joel 2:10 NASB) Before them the earth quakes, The heavens tremble, The sun and the moon grow dark, And the stars lose their brightness.

(Joel 2:11 NASB) And the LORD utters His voice before His army; Surely His camp is very great, For strong is he who carries out His word. The day of the LORD is indeed great and very awesome, And who can endure it?

(Joel 2:31 NASB) “The sun will be turned into darkness, And the moon into blood, Before the great and awesome day of the LORD comes.

(Joel 3:15 NASB) The sun and moon grow dark, And the stars lose their brightness.

(Joel 3:16 NASB) And the LORD roars from Zion And utters His voice from Jerusalem, And the heavens and the earth tremble. But the LORD is a refuge for His people And a stronghold to the sons of Israel.

(Mat 24:29 NASB) “But immediately after the tribulation of those days THE SUN WILL BE DARKENED, AND THE MOON WILL NOT GIVE ITS LIGHT, AND THE STARS WILL FALL from the sky, and the powers of the heavens will be shaken,

(Mat 24:30 NASB) and then the sign of the Son of Man will appear in the sky, and then all the tribes of the earth will mourn, and they will see the SON OF MAN COMING ON THE CLOUDS OF THE SKY with power and great glory.

Scriptural prophecy uses symbolism to convey a clear message. We are told in Scripture that the sun, moon and stars represent Israel. In Joseph’s dream, Jacob, Rachel, and their twelve sons are symbolized by the sun, moon, and twelve stars:

(Gen 37:10 NASB) And he related it to his father and to his brothers; and his father rebuked him and said to him, “What is this dream that you have had? Shall I and your mother and your brothers actually come to bow ourselves down before you to the ground?”

Abraham was told that Israel is like the stars in the sky:

(Gen 15:5 NASB) And He took him outside and said, “Now look toward the heavens, and count the stars, if you are able to count them.” And He said to him, “So shall your descendants be.”

The sun, moon, and stars symbolize the nation of Israel. Those prophetic passages are saying that the nation of Israel will be attacked by the surrounding nations and will be in great peril just before the arrival of Messiah (Ezekiel 38-39, Micah 4:11-13, Zech. 12:1-14, 14:1-5). That is the message of those prophecies. Not that eclipses will take place and John Hagee will bilk the ignorant masses for more lucrative speaking engagements.

Regardless of the Scriptural problems with this, there were nine “lunar tetrads” in the last century! It is not that unusual.

Looking for lunar eclipses to fulfill prophecy is the new “Look, there’s a squirrel!” It’s silly. Ignore it. But you might want to watch them just because they are cool.

If you want to learn the facts on these tetrads, here is a very good short video from NASA on the subject:

No portion of this Lesson may be reproduced in any manner whatsoever without written permission except in the case of brief quotations in articles and reviews.